The contest is unique as the goal is simple; find the best sauce entered that accompanies beef, chicken or pork. Your National Barbecue News Magazine hosts this event every spring. In addition to the Sauces of Honor event, we also host the Rubs of Honor event as we search for the best barbecue rub for the same three proteins.

Thank you to all who entered our 2019 competition. We are already looking forward to hosting the 2020 event and hope to see your entries then.

Name of Sauce-Name of Company 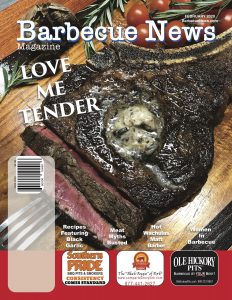