The World's Only Magazine Dedicated To ALL Things Barbecue! 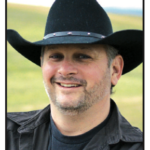 Three Essentials to a Successful Business

The old saying, “If you love what you do you will not work a day in your life” has never been truer than when it comes to the world of BBQ and especially the business of BBQ. How many people do you know in the BBQ world who tell you they’ve had opportunities to go other places and do different jobs only to respond to the offers with a resounding, “I like it here, thank you though.” Its because they truly love what they do. It isn’t a job to them, it’s a match made in heaven and stronger than any relationship one would get from eHarmony. BBQ in its purest form, has been at the center of civilizations since the beginning of time and in this world of “retro cool” may be one of the reasons many are drawn to this cuisine. This snapshot of what a pitmaster does, even from the beginning of time, teaches us three essential lessons for success.

First of which is simply passion. BBQ can require long hours manning the fires to obtain the right level of heat being careful to not overwhelm the meat with too much smoke. This doesn’t happen if there is no passion for a great end product. Like a chef, a pitmaster lives for cooking. Even if they’re at the lake fishing or in the gym (stop laughing, there are some who go to the gym) working out, they think about live fire cooking. Creating recipes and flavors in their head while going over the calendar for the first free day to try it out.  It’s this passion which has contributed to making BBQ one of the fastest growing cuisines in the United States. Although, in the earliest of days, cooking with fire was a necessity, it was this passion which turned these early cooks into the first pitmasters. This sense of community around food cooked over or adjacent to a live fire continues to draw people together and this is great for the business of BBQ.

Secondly is educating yourself to be a master of your craft. Every pitmaster worth his or her salt takes time to educate themselves on how they can do what they do better, embracing the concept of “knowledge is power.” I hear it all the time about “old” people who are simply afraid of the technological revolution upon us. Computers are for the kid and they got a cell phone while kicking and screaming. I’ve even met people who still have no email address. But then there are the “old” people who embrace it all and want to learn all there is about this techy world. They can be said in our world of BBQ. There are some who refuse to learn more or who think there is nothing left for them to be taught while others love going down the road to knowledge. The former tell great stories of how it used to be while the latter tell what they have just learned which enables them to walk away with the trophies.

But success never comes without risk, which is the lesson we learn most from those New York pitmasters. The city that never sleeps was virtually a barren wasteland when it came to BBQ but a few brave pitmasters took the risk which has paid off in a big way. In today’s culinary world we hear the word “fusion” as much as a Larry the Cable Guy fan hears, “Git-r-done. But fusion is just a fancy way of bringing two or more distinct entities together into one new item. Self-educated pitmasters and restaurateurs have filled the Big Apple with smoked kissed meat with what has been traditionally viewed as a southern cuisine. This “fusion” has made such an impact in New York, they hold the yearly “Big Apple Block Party” celebrating this business of bbq and drawing such big name pitmasters as Chris Lilly and Mike Mills. The core of this fusion is not just the bringing together of regions of flavors, but it was the willingness pitmasters, such as Billy Durney, have in bringing BBQ to the land of the “best pizza” and puts on display the risks pitmasters are willing to take.

When you look at what you’re doing as a person in the business of BBQ you gotta ask yourself these questions: 1. Is the passion bursting with life in you? 2. Are you educating yourself every day so you can enhance some aspect of your BBQ life? 3. What risks are you willing to take, no matter how small or large they might be?